Introduction to Lathe Machine and Its Parts

You are here:
Uncategorized 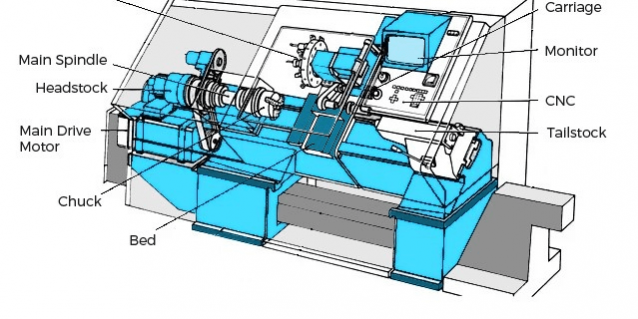 The lathe machine was first used in Egypt, dated back to 1300 BC. It was a simple tool which is now called a two-person lathe. It consisted of a rope and a sharp tool. The rope was utilized to move the wood workpiece and a worker would shape it with the help tool.

Perhaps the lathe machine is one of the oldest machine tools known to mankind. Which have evolved and adapted effectively with time. They were Romans who improved further the Egyptians two-person lathe by adding the turning bow and paddle. And a steam engine and water wheel were attached to the lathe during the industrial revolution. Which made the work faster and easier because now the workpiece could turn at higher speeds. Then in 1950, the servomechanism was applied to control lathe and other machine tools.

Over the centuries, the lathe was introduced many design changes and new technologies were adopted. Presently, the most advanced form of the lathe is the CNC Lathe and Henry Maudslay, (a British Engineer) is deemed to be the inventor of a lathe.

This article addresses the introduction of lathe machine. How a lathe carries out different operations? Its different parts along with their functions are discussed about. If you are interested in knowing about lathe machine then read on.

What is Lathe Machine?

A lathe is a machine tool that rotates a workpiece about an axis of rotation to remove the unwanted material from a rotating workpiece in the form of chips by using a tool to create an object with symmetry about that axis. The tool is traversed across the workpiece and can be fed deep into it as required. A lathe can perform various operations like cutting, facing, turning, sanding, knurling, and drilling.

This is also known as the mother of all machines. Nowadays, the CNC lathe machine has become the industry standard for manufacturing precision components and parts. Owing to its enormous reputation for durable productions, it is extraordinarily perceptive to use a CNC lathe machine that has transformed the production processes.

Lathe machine is an advanced machining tool that is utilized predominantly for custom-designed highly accurate parts. It can process a variety of different materials. It works on the principle of revolving a workpiece around a fixed cutting tool. It carries out a subtractive machining process that aims to cut out unwanted material chips and resulting in a finely built product.

To perform the subtractive machining action, the workpiece is clutched in between two rigid and strong supports called centers or chuck. The centers or chuck can revolve. The cutting tool is strongly held and fixed in a tool post which is fed against the revolving blank.

Once, workpiece and tool have been set up properly then the lathe rotates the blank about a selected axis of rotation which removes undesired material and produces the part with desired shape and size.

Parts of the Lathe Machine and their Functions

A lathe machine consists of many parts such as headstock, bed, tailstock, carriage, saddle, cross-slide, compound rest, etc. The function of each of these parts is discussed in detail as follows

The headstock is fastened at the left side of the lathe bed (the horizontal structure of the lathe). Its functions include transmitting the power to different parts of the lathe, provides rotatory motion, and is also responsible for variation in speed.

It contains bearings enabling the blank to revolve against the fixed cutting tool and for speed variation, it has a speed changing mechanism. Accessories attached with head stock spindle are three and four jaw chuck, collect, faceplate and magnetic chuck, lathe center, and lathe dog.

Tailstock (also called the loose head) is a flexible casting installed at the end of the lathe just before the hand wheel against the headstock. Its function is to facilitate drill clamps installation to perform different operations like drilling, reaming, etc.

Bed serves as the base of the lathe. It is made with the single-piece casting of semi-steel. The casting for the tool post and tailstock are mounted on it and can slide too. It prevents the deflection resulting from the cutting force, it can absorb vibrations and supports different lathe parts such as headstock, tailstock, and carriage.

Every lathe machine contains a bed except CNC lathes. CNC lathe machines have a vertical beam that assists to reduce the accumulation of the swarf.

Carriage is positioned between headstock and tailstock. It performs important functions like holding, moving, controlling, and supporting the cutting tool, it transmits the power from the feed rod to the tool for longitudinal cross-feeding.

The feed rod is responsible for providing a power transmission mechanism that enables the carriage to move along the longitudinal axis of the lathe i.e. from the left side to the right side and vice versa.

On the other hand, a lead screw (also known as a power screw or a translation screw), as its name suggests, converts rotational motion to linear motion. It is used in thread-cutting operations.

It consists of a hollow cylindrical shaft which allows the longer workpieces to pass through it. This means its job is to grip the workpiece that tightly so that the thrust of the cutting tool cannot deflect the spindle.

The function of the saddle is to provide support for across slide movements. It comes in an H shape and it is a part of the carriage.

Chuck is mounted on the spindle nose with the help of screws and its function is to grip the workpiece of any shape and size tightly. It generally has two types i.e. 3-jaw or self-centering chuck and 4-jaw or independent chuck.

Tool post resides on the head of the carriage and assists in holding various cutting tools or tool holders. It has three categories that are commonly used i.e. square head tool post, ring, and rocker tool post, and quick change tool post.

It is assembled on the carriage and its surface is provided with T-slot. It is responsible for the back-and-forth movement of the tool.

It is attached to the saddle and dangles before the lathe bed. It houses the feed mechanism.

Its function is to support the cutting tool and tool post in their various positions. Also serves for turning angles and boring short tapers.

Legs withstand the whole burden of the lathe machine and transfer it to the ground. The legs are supported in the ground through bolts.

We delineated above what a lathe machine is, its working principle, and different parts along with their functions. CNC lathes are very trustworthy for manufacturing products in various industries.

If you are looking for a CNC lathe machining service provider to manufacture your custom-designed parts or prototypes, you must take advantage of the excellent machining skills of Shanghai Elue Industrial Co., Ltd. We have years of industry experience and have served hundreds of clients globally. Our team consists of seasoned and well-reputed engineers, designers, QC specialists, and technicians. We are an ISO-9001 certified workshop and we guarantee absolute accuracy and durability.

What to pay attention during Acceptance of CNC Machining Components?
July 9, 2020 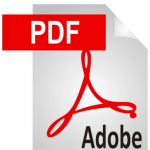 it’s only 600KB, and it’ll be sent to your email directly